Each institution must provide to each student, upon enrollment, a separate, clear and conspicuous notice that advises the student that a conviction for any offense, during a period of enrollment for which the student was receiving federal financial aid program funds, under any federal or state law involving the possession or sale of illegal drugs will result in the loss of eligibility for any federal student grant, loan, or work-study assistance (HEA Sec. 484(r)(1)); (20 U.S.C. 1091(r)(1)).

Student Convicted of the Possession or Sale of Drugs

A federal or state drug conviction (but not a local or municipal conviction) can disqualify a student for FSA funds.

Convictions only count against a student for aid eligibility purposes (FAFSA question 23c) if they were for an offense that occurred during a period of enrollment for which the student was receiving federal student aid— they do not count if the offense was not during such a period, unless the student was denied federal benefits for drug trafficking by a federal or state judge.  Also, a conviction that was reversed, set aside, or removed from the student’s record does not count, nor does one received when she was a juvenile, unless she was tried as an adult.

The chart below illustrates the period of ineligibility for FSA funds, depending on whether the conviction was for sale or possession and whether the student had previous offenses. A conviction for sale of drugs includes convictions for conspiring to sell drugs.

If the student was convicted of both possessing and selling illegal drugs, and the periods of ineligibility are different, the student will be ineligible for the longer period. Schools must provide each student who becomes ineligible for FSA funds due to a drug conviction a clear and conspicuous written notice of his loss of eligibility and the methods whereby he can become eligible again.

A student regains eligibility the day after the period of ineligibility ends (i.e., for a 1st or 2nd offense); or when he or she successfully completes a qualified drug rehabilitation program that includes passing two unannounced drug tests given by such a program. Further drug convictions will make him ineligible again.

Students denied eligibility for an indefinite period can regain eligibility after completing any of the following options:

1) Successfully completing a rehabilitation program, as described below, which includes passing two unannounced drug tests from such a program);

3) Successfully completing two unannounced drug tests which are part of a rehab program (the student does not need to complete the rest of the program).

In such cases, the nature and dates of the remaining convictions will determine when the student regains eligibility. It is the student’s responsibility to certify to the institution that she has successfully completed the
rehabilitation program.

When a student regains eligibility during the award year, the institution may award Pell Grant, TEACH, and Campus-Based aid for the current payment period and Direct Loans for the period of enrollment.

A qualified drug rehabilitation program must include at least two unannounced drug tests and satisfy at least one of the following requirements:

Additional information is available in the FAQ sheet provided by the U.S. Department of Education's Office of National Drug Control Policy. 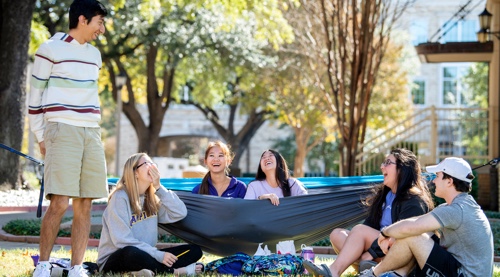 Our financial aid advisors are here to help connect you to the TCU experience. 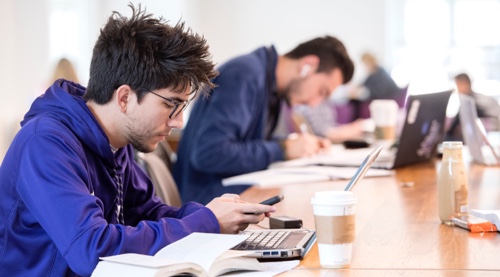 How to file the FAFSA